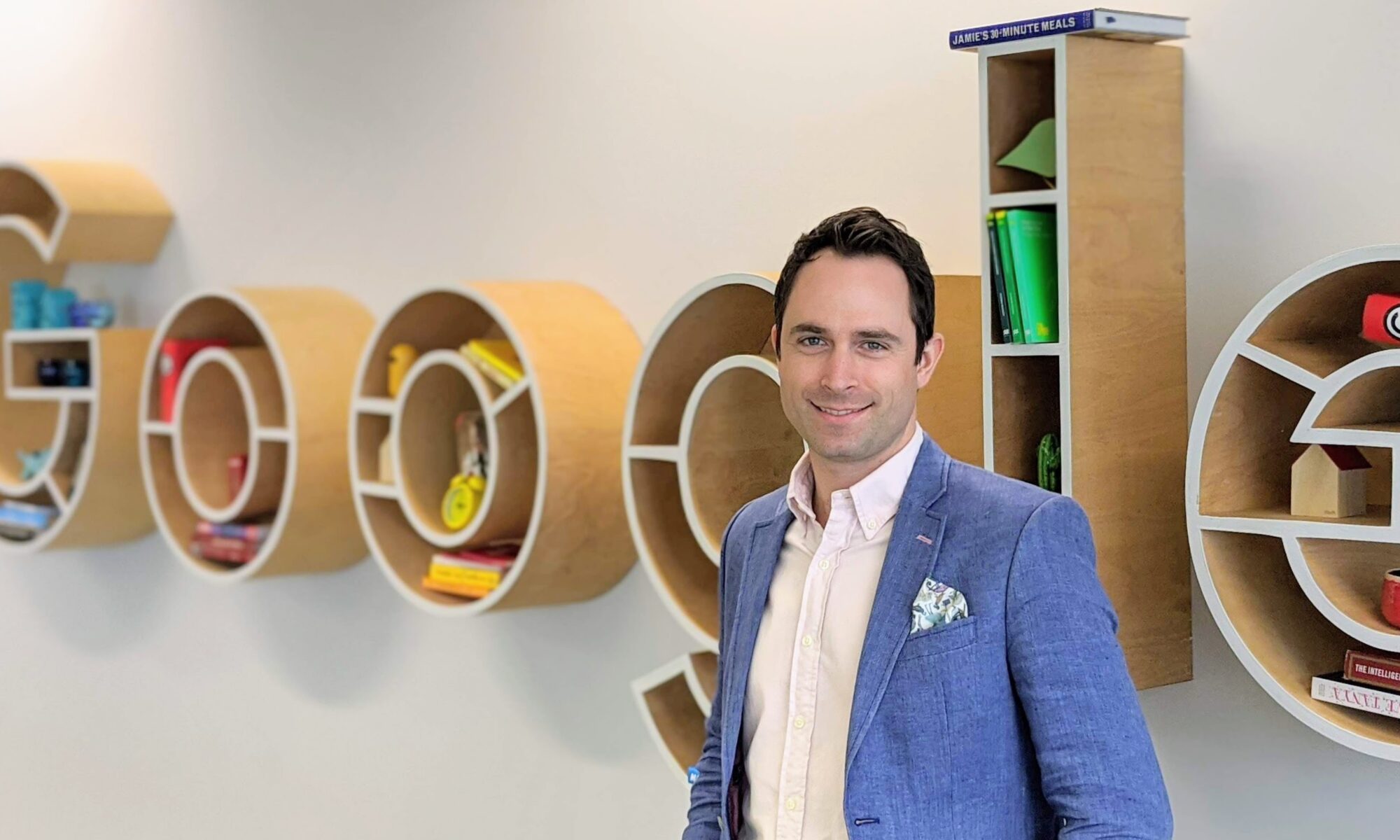 Ed Lines is a Travel Industry Manager at Google and proud to be an ally of the BAME community and other underrepresented groups. He sits on the HSMAI Europe Marketing and Branding Advisory Board

In the Google Travel Team, in which I work, and in the wider company, we are committed to promoting diversity and we have a strong desire to play a positive role in creating a more diverse, equal and inclusive society. The hospitality and travel industry has an amazing ability to bring people together from different backgrounds and break down cultural barriers. In his Innocents Abroad, 1869, Mark Twain put it beautifully: “Travel is fatal to prejudice, bigotry, and narrow-mindedness”.

So, the HSMAI Europe Curate felt like a great platform to build on the awareness and momentum of the last year. However, despite this momentum, with female board representation still only at 29% across Hospitality, Travel and Leisure, and Black, Asian and Minority Ethnic (BAME) board representation at 6% (PwC, 2020), we still have a lot of work to do.

With a view to creating some ideas for the industry, in partnership with HSMAI and Women in Travel, we asked leaders of hospitality the question: “How can we create a more diverse and transparent hospitality industry?”

The day was moderated by Alessandra Alonso, Founder of Women in Travel CIC and featured panelists and facilitators from across the hospitality and technology industry, including:

Based on the discussions with the panelists and the breakout sessions with the HSMAI delegates, here are five lessons for the hospitality industry on creating greater diversity, equality and inclusion:

1. The financial case for greater equality, diversity and inclusion is well documented, but there are many other values which often get overlooked

Alessandra Alonso, Founder of Women in Travel, kicked off the discussion with research from McKinsey which, moving aside ethical necessity, shows the clear business case for diversity, equality and inclusion (DEI).

But, the Curate brought forward many other values, beyond financial, that are often overlooked. Speaking on the panel, Cynthia Paynter, Vice President at Accor, pointed out the importance of diversity for a team’s culture. “Culture is everything,” she said, “ when you think about all that’s embedded within it. It’s nationality, it’s ethnicity, it’s socio-economic class, it’s family. It’s for everyone.”

The breakout groups agreed; a positive and diverse culture creates a virtuous cycle. It allows people to feel like they belong, it breeds creativity and innovation, it reflects well on the brand, it drives financial success and it fuels talent acquisition.

Panelist and facilitator, Anant Vithlani, spoke about how, as VP of Sales at Nordic Choice Hotels, “I want my team to come to work as who they are.” One of the most popular rewards for sales teams at Nordic Choice, is that the Sales Person of the Month is given money to donate to a sustainable cause and this has been great for fostering a sense of belonging and inclusion.

2. Without data, targets and measurement, it won’t happen

Though the hospitality, leisure and travel industry is faring better than other industries when it comes to DEI, according to a 2020 PwC report, the data still doesn’t make for pretty reading:

Nishma Robb, Director of Brand & Reputation Marketing, at Google, and former MD of Teletext Holidays, described the value in quality data, pointing out that, “you can not change something, unless you can see it”. This sentiment was echoed by her fellow panelists and in the breakout groups who agreed that organisations need to set clear DEI strategies, with the same importance on hitting goals as if it was quarterly finance targets.

One finding from the pre-Curate survey, however, was that though the majority of HSMAI member companies have DEI strategies, there are still 29% that don’t. This also correlates with the same PwC report, which shows that only 24% of Travel companies’ D&I strategies include ethnic diversity and nearly half of companies do not currently track the relevant ethnic data.

3. What constitutes discrimination is easily misunderstood

Whilst discrimination can certainly be clear and obvious, the group felt that one of the reasons respondents might have said that they have not witnessed discrimination, is down to differences in interpretation by both sides involved. Often the discriminatory act is not something overt and obvious to one side. It can be a misjudged joke; a comment on someone’s appearance, non-inclusive language, excluding someone from a social gathering, negative body language; all essentially microaggressions that contribute to the bigger problem.

Dee Gibson, interior designer and owner of Kalukanda House in Sri Lanka, spoke of her experience as a British Sri Lankan, finding that early in her career, people were visibly surprised when they met her in person after hearing her English accent over the phone.

Ultimately all these microaggressions, sometimes combined with unconscious biases, are all connected to the full employee journey and they can starve underrepresented groups of the opportunity to get hired, get promoted, advance in their careers and get paid fairly.

4. Diversity, Equality and Inclusion is not just about your employees

DEI is not simply about doing what’s right by your employees; it’s about your customers too.

Jamie-Lee Abtar of BAME Women in Travel made the point that when it comes to the commercial side, it is a fact that our customers are diverse and want to see their diversity represented. For example, “In the US, African Americans spend $64 billion on travel every year”, she said. “As hoteliers and marketers, we can no longer ignore these important segments of society”. Jamie-Lee leads a community of BAME creators and travel writers, who she says are frustrated that they do not see themselves represented in travel marketing and writing. “The industry ignores us”, she explained on the panel.

Studies show that 70% of multicultural travellers book accommodations and travel experiences with companies where they see themselves reflected and yet, often with images of beautiful white couples on sandy beaches, the world of creatives in travel advertising can be shockingly undiverse.

Harald Bjugstad-Holm, Director of Sustainability at Nordic Choice Hotels, described the importance of designing with a diversity-first mindset. Diversity shouldn’t just be a core consideration for hiring and people teams, it should permeate everything at the company including the branding and marketing departments, and celebrating the diverse nature of hospitality within advertising too.

Finally, many of the panelists spoke of the importance of allyship and that society can only become equal if allies of the BAME community and underrepresented groups truly lend themselves to the cause.

Cynthia Paynter spoke of the Accor diversity program RiiSE, which expanded six years after the creation of the Women at Accor Hotels group in 2018 to include both men and women who are committed to the values of sharing knowledge, of solidarity and of combating stereotypes. Its action is based in particular on the sharing of knowledge through a mentoring program, with 900 pairs in some 20 countries, on the promotion of especially female talent to positions of responsibility, and on combatting all forms of discrimination.

Jamie-Lee Abtar added that, “allyship can be a driving force for diversity and inclusion in the workplace”.

Finally, I closed the Curate, announcing that Google is excited to be piloting its #IamRemarkable workshops in partnership with HSMAI Europe and Women in Travel. The workshops aim to empower women and other underrepresented groups to celebrate their achievements in the workplace and beyond. We’re offering the free virtual workshop to HSMAI members on 10th February 2021, registration details coming soon.

It was clear, from the HSMAI Europe Curate, that when it comes to DEI, everyone has a voice, everyone can make a difference in the name of what’s right for society and together we can build a diverse, inclusive and equal future. My thanks go to all the panelists and facilitators who dedicated their time to such an important discussion.

HSMAI – Hospitality Sales and Marketing Association International – is a global organization founded in the US in 1927. HSMAI Region Europe is the European arm of the organisation.

European HSMAI members are executives and professionals in large travel and hospitality corporations as well as smaller independent enterprises with arguably different needs which is why HSMAI Europe offers a wide range of activities tailored for different target groups among its members – including conferences, Think Tanks, meetings, seminars, workshops, certifications, awards ceremonies and more.

HSMAI Region Europe is committed to growing business for the hotel, event and travel industry and their partners, and is the industry’s leading advocate for intelligent, sustainable revenue growth on a local, national and European level. The association provides practical tools, insights, and cutting edge expertise to enable knowledge sharing and enhance professional development as well as fuel sales, inspire marketing, transform businesses digitally and optimise revenue.